Whether it’s in terms of greater security, streamlined workflow, or higher efficiency through automation, accounting technology is here to make your work easier so you can focus on high-level responsibilities like data analysis and decision-making.

Keep up with accounting technology trends through a certification program. Whether you want to get blockchain certified or prepare for the CPA, CMA, or CFA certifications, Wiley has got you covered.

One of the biggest breakthroughs in accounting and technology has been the emergence of cloud computing and, with it, better programs that accountants may use to do their work. Every year, new technologies emerge to make your job easier, and existing platforms receive updates and overhauls that ensure they will continue to compete.

That means less time dealing with people and more time telling your AI how to present data and forecast trends.

Today’s platforms are ridiculously intuitive and capable of streamlining the accounting process even for the least experienced professional. They’re also based in the cloud, which makes them more secure as well as accessible from any internet-connected device.

Beyond that, the new programs tend to be packed with extra features, such as the ability to integrate directly with other data-related platforms, which should make your job even easier.

The Internet of Things (IoT) refers to the multitude of interconnected devices being used within a given network or system. In a business environment, that usually means reliance on a variety of mobile devices but also automated scanners, RFID chips, and other internet-connected sensors and devices that bring their technology infrastructure to life.

For accountants, this often means getting access to real-time data, and allowing the data to be collected automatically, without the need for ongoing human intervention.

Data has become so important to modern business that it almost functions as a currency. Companies everywhere are attempting to integrate more big-data technology to gather data, analyze the data, and make better strategic decisions.

In the accounting world, data can be used for a variety of purposes, such as analyzing transactions, detecting unusual events, and enabling better understanding of customers, employees, and vendors.

Accountants have long been familiar with data analysis in the form of reviewing numbers in spreadsheets, but now they’re being expected to utilize big-data tech tools to analyze much vaster quantities of unstructured information.

As with many other industries, accounting is going more remote as a side-effect of the COVID-19 pandemic. And because of cloud computing and storage software, agile working is also an emerging trend (working from many different locations, including a home office, business office, and coffee shop).

With this new technology allowing accounting professionals to effectively and securely perform their jobs from a remote location, employers can widen their hiring efforts to include non-local candidates, and employees have the ability to take a more flexible approach to work and make work fit in with their lifestyle instead of basing their lifestyle off of their work. This trend leads to happier employees while maintaining productivity.

One of the hottest technologies to gain popularity in the past decade has been the blockchain. You may have heard of it in connection with Bitcoin and other digital currencies. So-called cryptocurrencies rely on the blockchain as their backbone—the system that makes authorized transactions possible.

In the realm of digital currency, this allows for highly secure and anonymous transaction processing. In the arena of accounting, the technology is being explored for its ability to increase security, improve transaction speed, and lower costs all around.
Blockchain is transforming many functions of accounting, like auditing, because it makes it easier to validate other accountants’ work. All transactions are validated on the blockchain, so there is increased accountability and decreased (if not eliminated) inconsistencies.

Record keeping is also transformed because transactions can be recorded in a secure and publicly accessible joint register. The overarching benefit of blockchain for accountants is its functionality of maintaining a reliable record of secured transactions.

In today’s business environment, it’s no longer enough to perform a retrospective analysis on the data you’ve gathered in the past. If you want to stay competitive and achieve peak productivity, you need to look at the content you’re gathering at the current moment—and make decisions based on up-to-the-minute information.

That’s where real-time analytics comes into play. With the right tech tools and dashboards, accountants can look at how a company’s numbers change in real time and make informed decisions based on variations in ongoing trends.

We’re also seeing the rise of artificial intelligence (AI) as a useful engine for improving the accounting industry. AI relies on machine learning and advanced algorithms to carry out sophisticated tasks—including some that were once thought to be only performable by a human being.

Armed with advanced AI, accounting departments can analyze data in greater detail—and do it faster. You may even find AI in the form of personal digital assistants, which attempt to make accountants more productive by guiding them, providing insights, and handling some tasks independently.

AI is sometimes used for automation, but automation technology can be categorized separately. Automation is all about taking tasks that humans used to handle manually and enabling a machine or algorithm to complete them instead. Think less human error and more machine precision.

This has several advantages; most notably, it frees up time, so human beings aren’t bogged down with repetitive manual tasks and may focus on more important matters. So, less grunt work and calculating for you, and more theory and understanding high-level decision making.

It also increases reliability; it’s much less likely for an algorithm to make a mistake than it is for a human being. In case you’re worried about automation replacing accountants altogether, that’s not a viable concern.

Automation isn’t being used as a replacement in the accounting field, it’s an enhancement tool. In other words, automation is designed to help you do your job better, rather than take it over entirely.

With AI increasing accuracy and decreasing errors, clients are no longer just looking for a firm that can do the work and do it well, but a firm they can trust. This is why social media is one of the top emerging technology trends. It’s the essential tool firms will use to tell clients about themselves and show they are a trustworthy and effective partner.

Social media is going to be emphasized as a critical sales and marketing tool to engage with current clients and attract new ones.

As the use of technology in accounting continues to rise, accounting professionals will be expected to demonstrate new skillsets. First and foremost, you will need to understand how to manage AIs and tell them how to complete complex functions, like forecasting finances, to get the data you want. You’ll also need to understand how to interpret how the AI presents that data.

So, technological skills are one of the most highly coveted new skillsets in accountants today.

In addition to technological skills, modern accountants will now also need to demonstrate new soft skills. As technology takes over more number-crunching and data processing, today’s accountants will be expected to analyze data and take on higher-value work like advising. This means skills like critical thinking, communication, emotional intelligence, and good judgement are all in higher demand.

The Future of Accounting Technology

In each of these areas, there is a nearly constant flow of new developments, new platforms, and new approaches. To stay competitive in the rapidly changing accounting industry, you need to stay up to date on accounting technology trends and in-demand skillsets.

Be open to learning new technologies and remember that these advances make your job easier and more impactful.

When you’re ready to update your skills to reflect these trends, Wiley is always updating their resources to match the latest emerging trends. Whether you want to get blockchain certified or prepare for the CPA, CMA, or CFA certifications, Wiley has a course that can help you upskill and up level your career.

Here are quick answers to some frequently asked questions about accounting and technology.

What are the emerging technologies in accounting?

How has technology improved accounting?

What are the benefits of technology to accountants?

Will technology take over accounting? 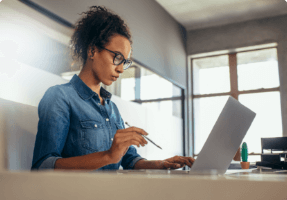 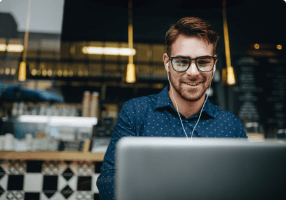 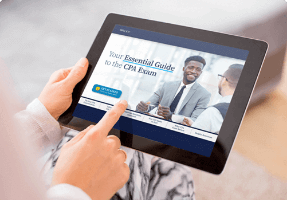 Free eBook: Your Essential Guide to the CPA Exam