Which is Better, PMP® or MBA? 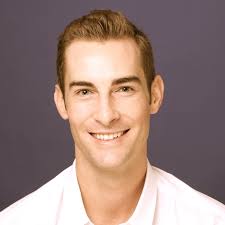 We are pleased to publish this article by Bryce Welker, CEO & Founder at Crush Empire. He recently put together this great overview comparing the PMP and MBA to help you decide which is right for you.

Wishful thinking would have this first sentence stating either the PMP certification or the MBA degree is better, with a nice little breakdown as to why. Unfortunately, no amount of wishing is going to decide this issue. But, this article isn’t going to hedge its bets and dance between the two with an indecisive, “It depends.” Even though, that’s a super relevant stance to take with this question, because it does, in fact depend on several things.

So, let’s get into this comparison of the PMP and MBA with one thing in mind.

The cost of something compared to another is a huge determiner for most things, and is definitely a major consideration when choosing whether to obtain an MBA degree or PMP certificate. The difference between the two is pretty significant, but like all things measured by price, you have to do a cost/benefit comparative analysis.

MBA programs vary in price depending on what school you attend, especially when you compare private institutions to public schools. The price of an MBA from a highly respected private business school can cost anywhere from $100,000 to $200,000. That’s an enormous price tag. Is it worth it? Again, it depends. If you’re looking for a long and broad career in business without trying to specialize, then yes it can be very worth it.

The reason an MBA from a well respected private business school can be so valuable isn’t because you’re getting an unparalleled educational experience. Let’s face it, if you want it badly enough, you’ll learn whatever you want regardless of how dressed up it is or which publicly lauded professor is presenting you with the information. The real value from such institutions lies in the peer network. In business, much like other areas, who you know is often more important than what you know. And the peer networks from these schools are peerless.

These peer networks are something you definitely want to research well and use as a key component when making your decision of which school to attend. This is especially true if you choose the cheaper route of public schools. They are significantly cheaper than private business schools and their peer networks are going to be even more important in differentiating between public schools. You can expect to pay anywhere from $40,000 to $80,000 if you attend a public university, especially in state. As an aside: some Fortune 100 companies will pay for an MBA, in full or partially, for employees with enough time worked and perceived potential.

The PMP route is much, much cheaper. It’s also considerably quicker. And we all know that time is money, making the PMP even that much cheaper when factoring in how much time you’ll save. There’s a couple of things to consider when deciding to take the PMP exam. It’s pretty straightforward, but let’s break it down.

But before you can take the exam, you need to study. This is where the cost of the PMP certification can vary—still nowhere as great as that of an MBA. To study properly, you’re going to need an excellent PMP exam prep course. There are plenty out there, but it’s important to pick a good one. And any review course worth it’s salt is going to cost anywhere from $300 to $1,000. Check out my in-depth review of Wiley’s great PMP course.

If you can afford an MBA, have broad interests with regard to your career path in business, but also want to delve into project management in the immediate future for an as yet undetermined period of time, then get both. The cost of the PMP certification is substantially less than that of an MBA degree, the time it takes to obtain is also significantly less, and the combination of them makes for a very desirable employee that can command a substantial salary.

Crush the PMP Exam is an online resource dedicated to helping professionals pass their PMP Exams on their first try. Check out their helpful tips and tricks to pass the PMP exam!