Blog>
Amazing! How This Hardworking Father Of Five (Including Newborn Twins!) Passed The CMA Exam On The First Try
< Blog

Amazing! How This Hardworking Father Of Five (Including Newborn Twins!) Passed The CMA Exam On The First Try 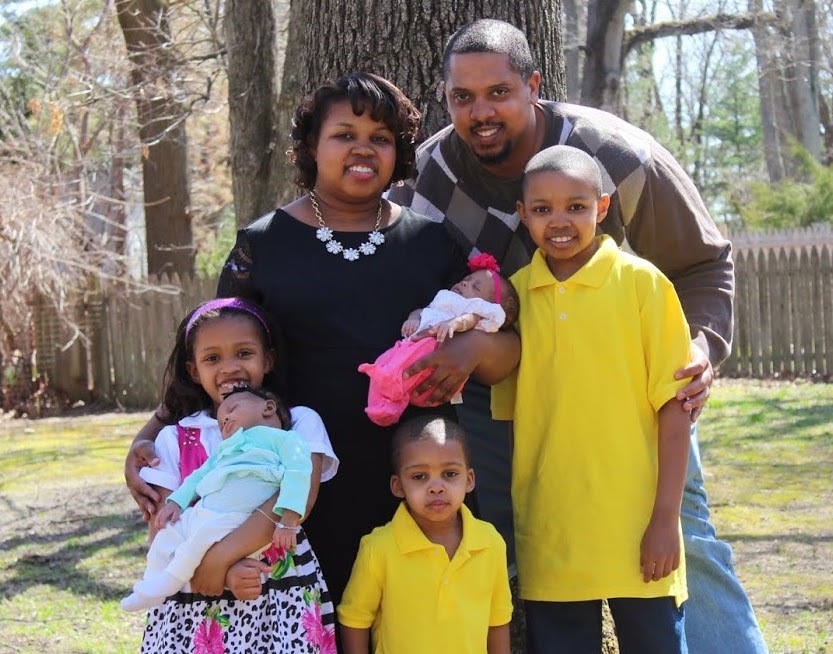 Already juggling 50-to-60-hour workweeks as a Financial Analyst while raising three children, Stuart found out he and his wife were expecting twins just weeks after he committed to taking the CMA Exam. What followed was an intense year of hard work and committed study—with very impressive results.

Stuart’s road to becoming a CMA started in high school, when he had the option of taking a physics class or an accounting class in his senior year. “I was willing to do whatever it took to avoid Physics,” he says.

So accounting it was … and he quickly grew to love the profession, especially as he took more-complex accounting courses in college.

“After my sophomore year, I earned an internship in what was then a ‘Big Five’* firm in my hometown of Baltimore,” Stuart recalls. “After that, I completed the first semester of my junior year before taking a semester off to intern again at a different ‘Big Five’ firm during busy season and into the next summer, this time in Philadelphia.”

*Remember Arthur Andersen? It imploded following the Enron scandal in 2002 (before parts of the business were resurrected as Accenture).

Investing In His Career

By all accounts, Stuart has had a great career post-college, taking a job in Philadelphia as an auditor. His wife and growing family moved to Southern New Jersey.

However, after a decade spent doing financial reporting, he accepted a Financial Analyst position with a new employer.

“My current employer challenges us to set ‘stretch goals’ and I thought the goal of becoming a CMA would be a challenge, but was also attainable,” he says. “I did not want to see my career plateau, and so I undertook becoming a CMA. In addition to the credentials, I wanted to see where I stood in areas like budgeting, analysis, and other areas I was less experienced in.”

“Weeks after deciding I was going to pursue my CMA, my wife and I found out that we would be having identical twins. These were our fourth and fifth children who were born just three months before I sat for Part 1 of the CMA Exam.”   – Stuart Newbill, Jr., CMA

Relying On “The Gold Standard” For Help

As Stuart made his study plans for the CMA Exam, he researched his options thoroughly.

“On social media I read an account of a CMA who called Wiley the ‘gold standard’ of accounting certification education,” he says. “I knew that with my schedule I would need materials that allowed me the convenience of adjusting my study times to fit into my life.”

But Stuart started off a little too confident (he did have more than a decade of experience, after all).

“I believed I didn’t need the lessons, outlines, or study materials,” he says. “When I obtained my credentials to Wiley’s online course, I bypassed all lessons and took a practice test. Ten questions into the test, I knew I was not prepared. Of the 100 questions, I only answered 27 correct—well short of the 50% mark needed in the testing environment to proceed.”

Stuart then buckled down hard. He watched the Wiley CMAexcel lectures over and over—and over again, in some cases—as well as the digital flashcard on his tablet, as his study time was very tight.

“I studied everywhere, from the hospital after my twins were born to my local coffee shop,” he says. “Sometimes I studied hours before work or in the middle of the night during late-night feedings.”

For Stuart, the hardest part was remembering the financial ratios for Part 2 of the CMA Exam, but with enough flashcard drills, he finally nailed them.

Stuart passed both parts of the CMA Exam on the first try—and though he’s only been a CMA for a short time, he’s already seeing benefits.

In the short term, Stuart plans to continue to sharpen his skills and contribute to the decisions made at this job. Ultimately, he hopes to manage an entire facility using the management accounting skills he’s gained.

His advice for other CMA candidates? Make the time.

“You need to manage your time with an eye on your goal,” Stuart says. “Whether it’s rising early, studying late, sacrificing weekends, or some combination of all three … take advantage of all of the study tools provided.”