This Bahrain Native Shares His Incredible Journey to CFA Success

For Siddiq Shabir, the journey of a thousand miles began with a single step. “I kept telling myself that my small steps—when I accumulate them—will be a big step towards accomplishing my goals.” 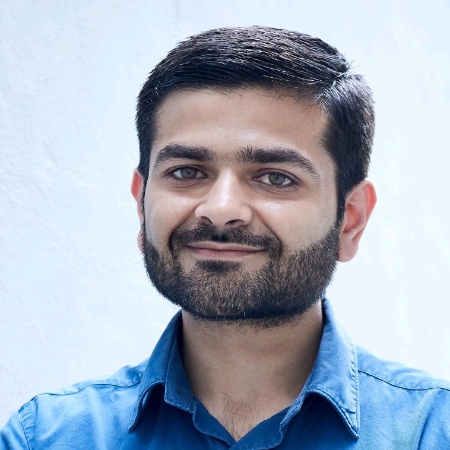 The Bahrain native began his journey to earn his CFA charterholder right after college. The year was 2009. Though he was busy with a new job and real responsibilities, he took the challenge and passed the Level I exam. The next year, he set his sites on Level II. At the time, he had another important job, this one at a big investment bank. Working in a high-stress environment made studying for long periods difficult. Not surprising, Siddiq failed to pass the Level II exam the first time. “I told myself, ‘Hey, this is not your average college syllabus. This is the platform of serious people giving their best.’” Siddiq kept at it, and in 2011 he passed the exam on his second try.

In late 2011, Siddiq was hired by a local institute to teach and mentor students preparing for the Level I and II CFA exams. This made sense, considering he was studying for the Level 3 exam at the time and it would keep the information fresh. He taught, tutored and studied tirelessly. “I felt like a bad-ass CFA Level 3 candidate,” he admits. “I was ready!”

When it came time for the exam, he failed to pass. In fact, he failed not only the first time (2012) but the second (2013) and third times (2014) as well. This phase of his life devastated Siddiq. “I never compromised on my part,” he admits. “I studied late nights and early mornings and here comes the exam and I fail again. Students I had taught Levels 1 and 2 had passed Level 3!” He says, incredulous. “And there I was, with three solid attempts, and I still didn’t pass.” Clearly shaken, Siddiq questioned his commitment. Voices inside of him were second-guessing his resolve. “Are you sure you really want to do it?” He gave into those voices, stepped away from his quest. In 2015, he entered into a masters degree program in Madrid, Spain.

He graduated and focused on work. “I was in a new country, a new culture and learning a new language,” he says. “But somewhere deep inside my heart a voice kept asking me: ‘When the ghost of your dream comes to you and asks me what happened, what am I going to say?’”

In 2016, eager to achieve his goal and hungry for growth, Siddiq enrolled again for the Level 3 exam, slated for 2017.

There was only one important difference.

To this point, Siddiq had studied the general curriculum and taken practice tests to prepare. It had been adequate enough for CFA Levels 1 and 2. But it had hurt him during his Level 3 studies. Then he discovered the Wiley study guides. “When I switched to Wiley, I noticed how they absolutely nailed the topics. Wiley does a fantastic job, especially in sections like ‘Fixed Income.’ I only had to read it once to fully understand it.”

The Wiley guides were Siddiq’s main focus for preparing for the Level III exam. “The material is well written, well organized,” he says. “It doesn’t miss a single point and it’s easy to understand. I had spent so much time studying other material… ”

Despite distractions of a new job, he studied every spare minute he had: waiting in lines, hotel lobbies, trains, restrooms … And to add another obstacle, the exam period happened during Ramadan, a fasting period for Muslims. That meant no breakfast prior to taking a six-hour exam. “I put that out of my mind,” he says. “I had bigger fish to fry, and that was to nail the exam.”

After such an incredible climb, Wiley was a game changer for Siddiq. “Unbelievable. My journey started in June of 2009 and ended in June of 2017. It wasn’t an easy one, but I made it and I can’t thank Wiley enough.”