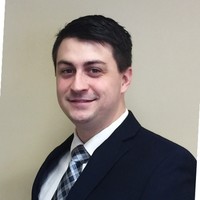 The Elkhart, Indiana, dad, and husband turned his schedule upside down to make sure he found quiet time to get through the material required for his CPA certification. “It was hard to do with two kids under 3 years old,” he laughs.

“But, believe it or not, I typically woke up at 3 am and studied before work, before everyone else in the house was awake.”

During those quiet nights and early mornings, Jared dug deeply into his Wiley study materials. He had discovered Wiley during an informal Internet search. He’d seen the product, read the positive reviews, and decided to make the purchase. “Initially,” he says, “I chose Wiley because of the great reviews and the fact that you only pay for the material once, and they are in your corner until you pass.”

Soon, Jared learned about what an excellent product he’d purchased. Not only did Wiley stand by him and have faith in him that he’d get over the challenge, they served Jared the kind of lessons he was looking for. The amount of material can be daunting, so taking it bite by bite helped get him through. “For me, concepts stick if I write them down, so taking notes during the video lessons helped.

Honestly, I think the biggest factor to my success was the Wiley videos and the fact that they were broken up into smaller sections.

He approached the first of his four exams with a little trepidation; the nerves got to him. “For my first exam, I was nervous going into it,” he admits, “because I had no idea what to expect.” But that battle lasted only until he realized that the first exam format was the same as the Wiley format he studied. The familiarity settled him down, and he subsequently rocked it. “The first exam I took was FAR, and I was really fired up to take the next one after passing that on my first attempt.”

At that point, Jared’s confidence served him well and sent him through the next three exams, all within a 12-month period. “Because of the initial success I had, I approached my second exam the exact same way as the first: I watched all of the Wiley videos, pausing to take notes, then read the material before taking the section test on what I had just learned. For a few of the more difficult topics, I took advantage of the flashcards, which helped me solidify the material.”

Throughout the process, Jared discovered that if he put his mind to something and committed to it, he had the right stuff to succeed. “Even if it means waking up at 3 am,” he says, “or staying up late into the night, while the family’s asleep.”

With his CPA certification in the bag, Jared can now focus on his work, his family, and spending a little time fishing. “I hope to one day open my own CPA practice or some other type of small business,” he says. “I am also a CFP, and I really enjoy helping my clients reach their financial goals.”

When he’s not fishing or spending time outdoors with his young family, Elkhart, Indiana, native Jared Miller is finding his way in the business world. Most recently, he blazed through the four exams required for the CPA certification in a 12-month period. Kids, don’t try that at home!
Here are a few reasons he’s pumped about becoming a CPA.

The number one reason I set out to obtain my CPA certification was that it makes me so much more marketable. It helps set me apart from other candidates, and it also provides job security.

The CPA certification is so well known and a very prestigious certification. If a client sees you are a CPA, that tells them you have the proper knowledge to help them and will do it while upholding ethical standards.

I’d be lying if I didn’t say my desire for a higher income was important. On average, CPAs make 5-15% more than accountants with just an accounting degree.

There are so many industries or areas of accounting that I could work in. It would be great to work in the accounting department of a manufacturing company that I have an interest in their product. When I get bored with that, I can work with clients preparing their tax returns. It really opens up multiple possibilities and fields of accounting.

The knowledge I’ve gained while working towards my CPA will benefit me if I ever decide to follow my dream and open my own business. I’ve gained an advantage that will help me in running a successful business.

Now that Jared Miller, father of two young children, has blasted through his CPA exams, passing all four the first time through, he can spend time with his family and start planning his career. We asked him what fields of accounting and finance he felt were exciting to him.

More and more people are doing business online. A virtual accountant could make information flow easier and faster, and I feel it’s the way of the future in terms of accounting.

I started college as a Criminal Justice major and ended with an accounting degree. It’d be very cool to combine those two things, as I’m interested in both.

This one is kind of evergreen. I don’t think there will ever be a time when new tax laws aren’t created or tweaked.

Everything hasn’t been invented yet, and it would be fun to help a small business plan, get its start, and watch it grow. I would really enjoy being a part of that.